What is Edge Computing and Why Does It Matter?

Edge computing is a concept that has been around for more than a decade, for about as long as big data. However, it’s only recently that the applications of this technology have become of vital importance to businesses and the networks that serve them.

If you have heard this phrase more recently in high-level talks, it’s important that you understand why. It serious implications for businesses involved in data analysis, high-volume distribution, video, and devices that interact with the Internet of Things (IoT). With the proper understanding, you can help your organization save money, deliver better services and improve scalability.

To take advantage of these possibilities, you need the answers to several pressing questions. What is edge computing? How is it different from cloud computing and fog computing, and how should it be used?

What is Edge Computing?

Edge computing is enabled by edge devices such as routers, integrated access devices, sensors and other network access equipment that has been designed to provide processing for local requests, including by communicating with other nearby devices.

Examples of how this capability is put to use by enterprises may make its implications more clear. All of the following are modern examples of services that have been dramatically improved or even made possible only with edge computing.

Internet of Things (IoT) devices are meant to provide personalized experiences to as many as millions of people across a network simultaneously. This means millions of devices performing completely different computations to deliver a custom experience. This would be taxing on any centralized cloud, but it can be made far easier with edge computing.

As IoT devices have become more powerful, they have been able to serve as edge devices. By handling processing data requests and analytics on their own, they can dramatically reduce the amount of information that must be processed by data centers or recalled from the cloud. This means custom experiences at faster speeds for consumers.

The increasing viability of autonomous vehicles has been largely enabled by advancements in edge computing. The amount of data that is necessary to operate an autonomous vehicle, and for it to analyze its surroundings is massive. Edge computing allows for more efficient machine learning by distributing the processing load to the sensors and other edge devices.

The data that must be sent to and retrieved from the cloud can be summarized or coded by the local devices to allow for much smaller packages to be sent over the cloud. This means significantly faster responses by the vehicles in addition to a significantly lower load on cloud services. 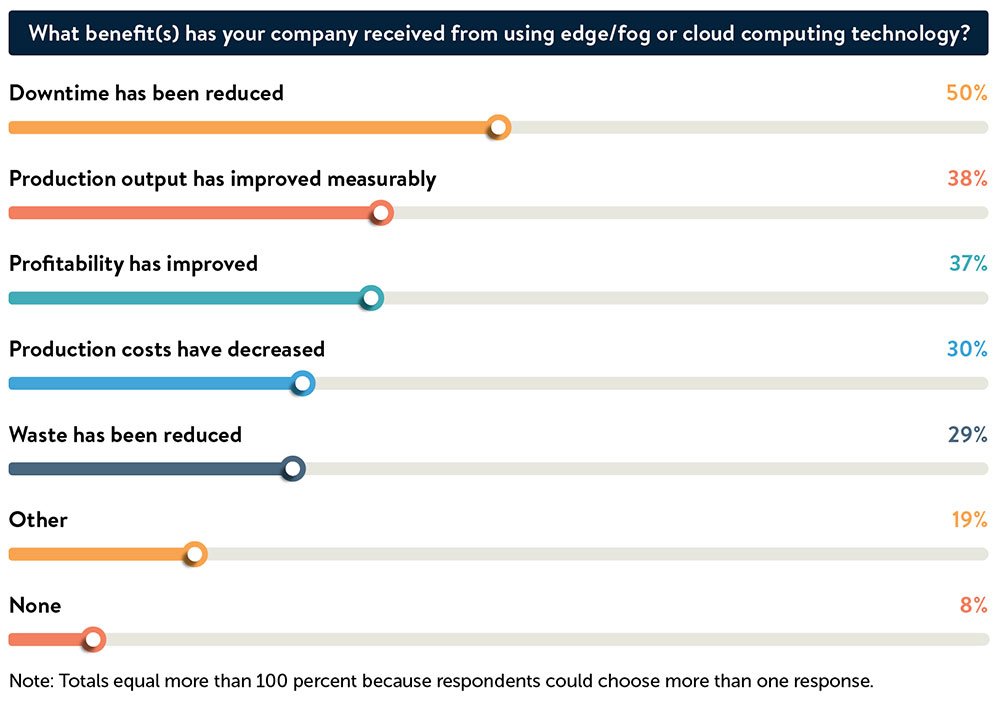 The Use of Edge Computing to Businesses

The uses covered in these examples reveals why this technology is so important and exciting to businesses.

Edge computing is a vital part of managed IT services because it means that cloud services—freed of a large part of the load of processing—can able to handle far more information even without any changes in infrastructure. That can mean serious savings and even large-scale scalability that doesn’t require additional investments into network capacity.

Freeing the load that is placed on the cloud or data centers also means a better experience for customers. The data that is more efficiently delivered through edge devices makes their devices far more responsive, almost in real time. Adding new features comes with less risk of placing strain on company infrastructure, allowing for far more agile competition.

The Edge vs. The Cloud vs. The Fog

Edge computing is typically discussed in the same conversations that also involve cloud computing or fog computing. An internet connection is at least implied for both. However, these are not identical concepts and do not involve the same systems or implications. It’s important to understand how edge computing is distinct from both of the others.

The Edge vs. The Cloud

The edge is distinct from the cloud in that it is an alternative path for devices and apps to complete the processing that is needed for them to function. Edge devices are often mentioned in connection with the cloud because they are defined by their relationship with the cloud.

Computing at the edge ensures that the cloud is used in the most optimal way because it’s not overwhelmed by traffic that could be more effectively handled elsewhere.

The Edge vs. the Fog

The edge and the fog are very similar concepts with some important distinctions. Both refer to the process of pushing processing tasks out of the cloud to points that exist on local area networks (LAN). Also with both, the goal is improving the efficiency and performance of the cloud.

However, with fog computing, the processing is done on a specified node or gateway located on the network. These nodes are deliberately distributed to be near the sources that are making use of them. Once the data is processed, it is sent back to its source or into the cloud. This is different than the edge computing, which is completed on devices and used by that device instead of sent elsewhere.

Edge computing isn’t a technology that competes with the cloud or an innovation that will replace it. Instead, it’s a means of optimizing the cloud by utilizing it only for information that cannot be more effectively processed elsewhere.

The edge is another tool that can be used to improve and optimize the performance of cloud services, along with data backup and recovery.

Does Your Business Need A Mobility Solution?

Does Your Business Need A Mobility Solution?